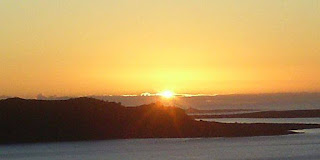 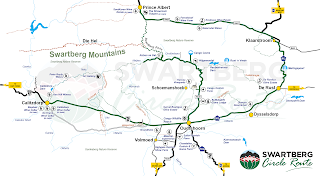 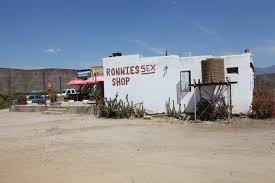 
This fertile valley was once a lake, with mainly alluvial soil. Agricultural crops are grown on either side of the two rivers (Nel's and Gamka - lion in Khoi), up to around 1 km. Early writings show that the Khoi people called Kannaland "the valley with no grass".
Evidence of early San and Khoi settlements are evident in numerous rock paintings found in the surrounding mountains. The position of many of these are kept gaurded to protect them.
In 1821, land was granted to JJ and MC Calitz who named it Buffelsvlei. (derived from the local vegetation and animals found here). In 1853, the Calitz's donated land for a church and school to be built, as Oudtshoorn proved to be too far to travel for their monthly "Nagmaal".
In 1910, the population was 4000 and a larger church and school were needed. Both buildings were completed in 1912. The church has a neo-Byzantine style with a Marseilles roof. It is a good example of the sandstone architecture of the ostrich-era in the Klein Karoo. (It was declared a national monument in 1991).
Also in 1912, building commenced on the old Standard Bank building, presently housing the museum, and the Nel's river dam. This dam wall was the first of many to be built in South Africa, using concrete. Drought, the great flu epidemic, and the collapse of the ostrich feather industry, played havoc on the fledgling community, which was revitalised in 1924 with the introduction of the railway line (in 1924) and electrification (in 1937). The first cement road in South Africa was also completed around this time and runs between Calitzdorp and Oudshoorn. The new R62 was built in 1978, and although changing the original town drastically, has probably ensured the survival of the town, making it accessible to tourism. Today, this Klein Karoo thriving community is known as the "Port Wine Capital of South Africa", the "Fruit Basket of Kannaland", and the "Heart of the Klein Karoo".

RONNIES SEX SHOP along the R62

Ronnie painted the name Ronnie's Shop on this cottage next to the R62, planning to open a farm stall to sell fresh produce and fruit. His friends played a prank on him by changing the name to Ronnie's Sex Shop. Initially angry about the involuntary name change, Ronnie left the name and continued fixing the dilapidated building. His friends would stop by for a chat, having a few beers and throwing a couple of chops on the fire. During one of these evenings, someone suggested: "Why don't you just open a pub?"

Ronnie's Sex Shop has had visitors from all over the world, judging by the graffiti, it has also become a regular pitstop for bikers, the local farmers and people travelling this road regularly. 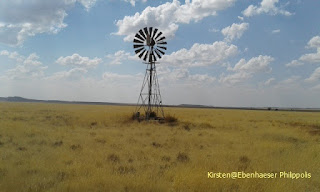 
Many people have, at one time or another, travelled the long, straight N1 highway that stretches from Cape Town all the way to Gauteng, the bustling economic heart of the country. For much of the route, the road runs trhough the great, endless plains of the grey Karoo. Small dusty towns like Colesberg, Noupoort, Hanover Albert Richmond, Philippolis, Beaufort West, Leeu-Gamka, Prince Albert Road and Lainsburg loom on the horizon and disappear behind us one by one. Each one seems to be little more than a cluster of tin-roofed houses and a few shops gathered around the tall spire of the Dutch Reformed Church.
To the passing motorist the Karoo appears to be a great emptiness - endless scrub country punctuated by the occasional windmill and a few black-headed dorper sheep or shaggy white angora goats or merino's.
But, to those of us who live(d) there, the Karoo is a source of endless fascination and delight.
Here nature has had to adapt to all kinds of extreme conditions. Temperatures rise to over forty degrees Celsius in summer and drop to minus ten and lower in winter. Droughts sometimes last for years, leaving the earth parched and barren; then heavy thunderstorms lash the country and it erupts in a deafening chorus of tiny, clicking frogs. They call and mate and spawn in a frenzy of haste, for who knows when the next rain may fall?
Where have they hidden during all those hot, dusty months?
Farm dams shrink and disappear in the dry years and the clay turns to a hard, cracked crust where animal hooves scratch in vain for a little moisture.
But the first rains soften the earth and allow families of dormant water turtles to emerge, reminding us that this dry land hides a host of hardly creatures far too tough to be destroyed by mere drought and heat.
The plants of the Karoo are small miracles in themselves, capable of incredible feats of rejuvenation. The famous Karoo bush, which sustains great flocks of sheep and goats, might look like burned twigs in the dry times, but even then they provide nourishment all the way down their tough stems, until the animals appear to be chewing the very stones. When the rain comes the Karoo blooms again in a matter of days - some say hours.
The people of this area are no less interesting than the plants and animals. Like the land itself they map appear dry and tough, but under the hard exterior there's a quiet sense of humour and sly wisdom. There must be if they are to survive the vagaries of this often harsh land.
So, rush across the country to your holiday destination in the Western Cape if you must. You can pass through this desolate land in a day. Or you can take a little time to stop and listen to its silences, stare in amazement at its miracles and meet some of the people who live and love here.
You might end up richer than before, because not all wealth is measured in money. 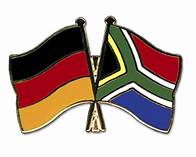 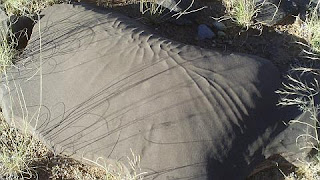 ·      The Karoo Super Group of Permian age consists of the Dwyka Formation, Ecca Group and Beaufort Group.
·      The Beaufort group overlies the Ecca group and consists of alternating mud-stone (red in places) and sandstone.
·      It sub-divides into the lower Abrahamskraal Formation (1 500m-2 000m thick) and an upper Teekloof formation (±1400m thick) with the boundary arbitrarily at the base of the so-called “Poortjie Sandstone”. 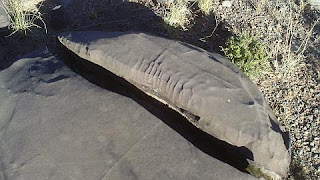 ·      This formation consists of mud-stone (red in places), sandstone and thin greenish cherty beds.
·      The sandstone's represent river channel deposits and the mud-stones, floodplain deposits.
·      The cherty beds were originally ash fall tuffs, although the presence micro-cross-lamination suggests subsequent transportation by water onto the floodplains.
·      Jurassic-age dolerite extensively intrudes the Beaufort Group as dykes and sheets. Inclined sheets form crescent shaped or concentric intrusions that are clearly visible on the Middle- and Upper Plateau.
·      The sills range from a few meters to over 100m in thickness.
·      The dolerite causes a metamorphosis effect on the adjacent host rocks.
·      Mud-stone altered to horn fells and the sandstone's develop a quarzitic appearance.
·      Deposits of Quaternary age include river terrace gravel, calcrete, alluvium and debris.
·      Terrace gravel consists of fairly well-rounded cobbles and boulders composed largely of dolerite.
·      The terrace gravel shows clearly along the banks of the Gamka River where sharp profiles occur.
·      These gravels are partly calcrete cemented and occur on terrace remnants that now lie from a few meters to a maximum of 30m above the general land surface.
·      Calcrete occurs directly on bedrock and has also formed extensive deposits within some larger areas of alluvium, attaining a maximum thickness of a few meters.
·      The alluvium embraces both alluvial slopes (sheet wash) and alluvial valley (channel-related) deposits, with the former predominating in the Lammertjiesleegte and the latter dominating in the Stolshoek areas of Karoo National Park.
·      Vegetation types are closely linked to soil type, soil depth, rockiness, slope and aspect.
·      Finer soil types with smaller grains (such as clay) generally retain moisture better than coarse-grained soils.
·      In soils with very high clay content water may be retained so well that it is unavailable for absorption by plant roots.
·      Clay also forms a compacted surface more easily, causing water to run off rather than penetrate deeply into the soil.
·      Deep soil, if it is too sandy does not retain water as well as rocky soils.
·      Vegetation growing on rocky soils is therefore more resilient to the effects of drought and grazing.
·      Deep Karoo soils are very easily eroded by wind and water if denuded of a healthy vegetation layer, leading to even more degraded veld with poor fodder production for herbivores.

Soils
·      The dominant soil-forming processes have been rock weathering, the formation of orthic topsoil horizons and, commonly, clay alleviation, giving rise typically to lithucutanic horizons.
·      Soil forms that are typical of these processes are Glenrosa and Mispah.
·      Any other soil form can however also be found in these land types.
·      Oakleaf soil forms, deep or shallow, developed by rock weathering also occur in upland sites.
·      The steep slopes, middle plateau and Puttersvlei (upper plateau) areas of Karoo National Park, excluding the northern most corner, fall into the Ib land type.
·      Surface rock with underlying soil or rock covers sixty to eighty percent of these areas.
·      The parent material of the slopes consists of mudstone, siltstone and sandstone with some dolerite intrusions, and typically Mispah or Glenrosa soil forms.
·      Dolerite covers most of the middle plateau, with an influence of mudstone, siltstone and sandstone closer to the upper slopes.
·      Fertile soils occur on this flat plateau with little erosion save where the deep red soils gradually erode from a natural basin.
·      Dolerite rocks cover most of the Puttersvlei section of land type Ib, with the underlying sandstone appearing in terraces, descending in a northerly direction.
·      The northernmost corner of the upper plateau occurs in land type Db.
·      Prismacutanic and/or pedocutanic diagnostic horizons characteristically dominate this land type.
·      Non-red B horizon, duplex soils cover more than half the land area.

·      The local area is underlain by rocks of the Karoo Super Group.
·      These are mostly sediments with some later igneous intrusions.
·      Sediments are rocks formed by the erosion of older rocks, which have been deposited by and in water (rivers, lakes and seas and wind).
·      Igneous rocks are related to volcanoes.
·      Most of Karoo rocks are sediments deposited in a huge inland fresh water lake/sea in the middle of the super continent of Gondwanaland (South America, Antarctica, Australia, Africa, India).


Philippolis is in the Beaufort Group:
·      It mainly consists of sandstones and purple shales.
·      The sandstones hold all the underground water of the Karoo area.
·      It’s also world known for the early dinosaurs and mammal fossils.
·      Intruded into the Beaufort sediments are dolerite sheets, dykes (vertical) and sills (horizontal).
·      These are basaltic in composition and are the feeders for the Drankensberg basalt levels.
·      These are very hard rocks that have a dark black colour on the outside resulting in then being called “ysterklip” by locals. 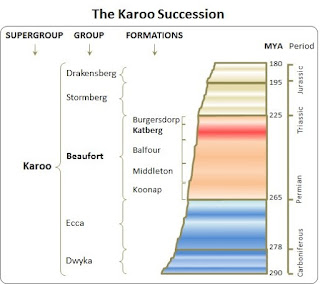 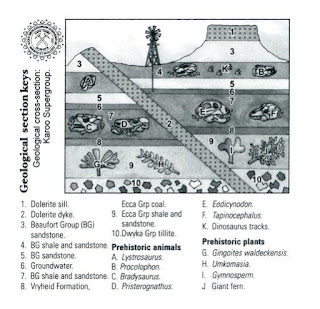 Kirsten
Come back to your senses that was given to you from second one ... explore, live and grow in natures world as you are part of it. Lead as leader and open a path not only for yourself ...take family, friends any stranger onto a journey...grow PEACE ***

Out of South Africa / Suedafrika